Sherwood is a lawyer with a private practice in Pittsfield, MA. He was born in a small town in upstate NY, attended public schools and went on to Dartmouth College, graduating in 1968. After teaching school in northern New Hampshire for a year after college, he married his wife Carol and together they joined the Peace Corps, serving in La Laguna, Panama from 1969-1971.

After Peace Corps, Sherwood went to the Antioch School of Law graduating in 1975. Following a brief sojourn in Pennsylvania, he and Carol moved to the Berkshire Hills of western Massachusetts.

Sherwood opened his own practice in the early 1980’s. He is active in Democratic politics and served four terms as a State Representative in the Massachusetts legislature from 1983 to 1990.

From 1995-1997, he also took a sabbatical from his law practice and served for two years on the senior staff of the Peace Corps in Washington, directing “Domestic Programs” for Peace Corps, working with returned volunteers around the country.

He continues to practice law today  in Pittsfield, MA

Carol has worked as a teacher, health educator, nurse, and midwife since her years as a Peace Corps Volunteer. Also from New York State, she graduated from Mount Holyoke College (BA), Russell Sage College (BSN), and the Frontier School of Midwifery and Family Nursing (MS).

She is currently “retired”, and devotes her time to the work of the Foundation.

Licenciada Martha Kimmel is an excellent attorney who has represented the Foundation in all of its projects. She also serves on the Board of Directors of the Foundation.  She resides in Santo Domingo, Provincia de Los Santos, Panama. Martha is bilingual, provides expert legal advice and general consultation on each of the Foundation projects, and often meets with government officials on the Foundation’s behalf. 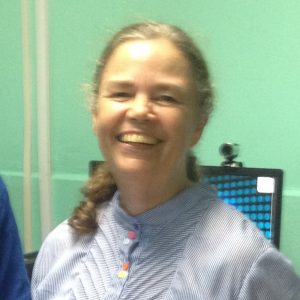 The Foundation is fortunate to have had Diana Bennett, a U.S.  Peace Corps volunteer work  with our project in Paritilla, San José, and La Laguna as a Response Volunteer.

Diana spent two years in the village of Las Trancas in Panama, then continued her service for a year to teach computer classes.   She  traveled all over Panama to teach computer courses at remote sites, and  worked with the government agency SENACYT to train the managers of their Infoplazas.

Diana is now retired, and has returned to her home in Pennsylvania.  Fortunately for all of us, she has become a member of the Board of Directors of the Foundation, and continues to share her expertise with ongoing projects. 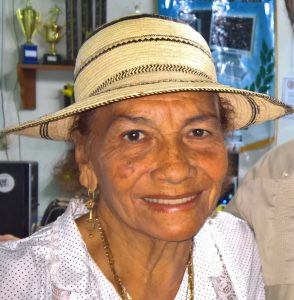 Profesora Flor has been a strong community leader in La Laguna all of her life, totally dedicated to the improvement and advancement of her village, where she grew up with her well-respected family.

She was a school teacher for many years, first in La Laguna and then moving to teach in other communities and in the University in Panama, receiving National awards of distinction for her teaching.

Flor was essential in the creation of the Computer Learning Center program, and has been involved in all of the Foundation’s projects.  She is committed to the work of the Foundation because it is able to help her carry out her own vision of the advancement of La Laguna.  In 2016, Flor was named First Honorary Director of the Foundation, and remains its most important advisor.

Mark has worked with our Computer Learning Centers in La Laguna and Paritilla in 2017-2018 to refine and improve our computer and internet service and to help implement educational programs in the Centers.  Both of our centers are located in the village elementary schools, where he has worked closely with the teachers.  Mark has also worked closely with the IPER program in our Centers, which enables adults to return to school.  He served as a Peace Corps Volunteer in Honduras in the 1980’s and went on to have an extensive career as an IT specialist, working in both government agencies and private companies.  We have benefitted greatly from his many talents.